Thank you for applying for the position of coach at ILE. At this time we are unable to move forward with the application process and your ILE account has been disabled. If you wish to re-apply, you may do so after 12 months’ time.

You are trying to login to ILE however your account is on Glocoach. Please login to http://www.glocoach.com/.

You are trying to login to Glocoach however your account is on ILE. Please login to https://www.ile-china.com/.

As you have completed Coach Recruitment Program, your account is moved to ILE. Please login to https://www.ile-china.com/ with same credentials.

Please enter the email address associated with your ILE account, we'll send you an email to help you reset your password 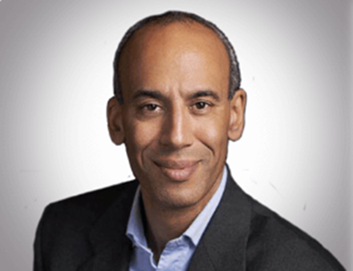 It's a challenge we've seen time and again with our China-based multinational clients. While most are pursuing a strategy of localization--hiring local talent to replace more expensive and less culturally-integrated expats--they often struggle to on-board candidates who have the gravitas and confidence to influence their global colleagues and managers. We call it "executive presence" and a lack of it can result in local leaders facing roadblocks to gain support for their ideas and initiatives. This inability to drive results can not only stymie the local leader's career, but can also have a negative impact on the company's growth trajectory in China.


Fortunately, a lack of executive presence can be easily remedied with as little as 9 hours with a qualified coach. I recently caught up with Bruce Robinson, one of GloCoach's team members who has extensive experience coaching for executive presence. Here's what he had to say:

Rob: What is executive presence and how do you define it?

Rob: Why is executive presence important?

Bruce: There are several key situations where executive presence is indispensable. Let's start with execution. As a leader, you get things done through other people. That means you have to get people to buy into your ideas and enthusiastically follow your direction, especially in challenging situations. If a leader feels confident in her decisions, and projects this, her subordinates are far more likely to carry out her instructions. And it's not just about getting them to do it, but to do it with speed, enthusiasm and the confidence that it's the right path.

Beyond her immediate team, a leader often has to get buy-in from customers. People must believe you will stand behind your promises and your brand. This type of credibility often starts with the (executive presence of) senior leadership, and permeates the entire organization. This is especially true for professional service organizations such as management consultants, investment bankers and large accounting firms, where the contract size is large and success follows a long execution period.

Many senior leaders will tell you that attracting top talent is their biggest challenge, and the single-most important factor for their success. Executive presence plays a big role here too. As the saying goes, you never get a second chance to make a first impression. That's why the ability to instill confidence that you are a good leader, and that your company is heading in the right direction, is so important during the recruitment phase. It is your executive presence that will attract A-players to your team.

Rob: What about managing crises? What role does executive presence play here?

Bruce: Actually, I've done some research on this. People who project calmness are much more likely to get promoted. You want people who will remain calm and level-headed in times of crisis. This is critical for keeping the team calm and able to execute remedial instructions. It's not that the leader needs to have all the answers, but he must be able to analyze the crisis in a rational way, then make good decisions. This is a key component of executive presence in my view.

Rob: How is executive presence different in China?

Bruce: Well, in China, you have to have jet-black hair to be a seasoned executive (laughs).

Seriously, though, there are some differences. Because of the heavy cultural focus on what the big boss says and does in China, there is more pressure on that role. The business culture can be very top-down. As such, the ability to project executive presence is even more pronounced.

When comparing with Western business culture (and I am most familiar with the North-American business environment), decision-making tends to be more dispersed. The Chief Executive is more inclined to surround herself with the most capable lieutenants she can find, and let them make decisions. There is more reliance on executive teams. That's not to say that executive presence is not important in North America--it is. Extremely important. It's just that the overall environment may be more forgiving if your executive presence has room for improvement.

As an example, I can recall a situation when I was introduced to the Chairman of a large Chinese conglomerate and his senior team. He had real gravitas, and it was immediately obvious to me who the big boss was, even before introductions were made. This might not necessarily be the case with a Western company, where there may be relative parity in the way the members of the senior team carry themselves.

Rob: What methods do you use for coaching Executive Presence?

Bruce: Well, let me first say that executive presence is definitely something that can be coached. A good coach can't work miracles, if someone is simply too insecure and lacks a base-level of experience, they just aren't ready yet. But for many who have risen to a leadership role, but are lacking knowledge of some of the basics, we can definitely make progress in a relatively short time.

Typically, I'll start with the importance of appearance, and help my coachee to be cognizant of that. This relates to grooming and attire, which I mentioned earlier. From there I'll move into things like gestures, posture and gate. Eventually I'll even cover things like where you should sit when you enter a room. Not everybody thinks about this, but if the boss called the meeting, she must establish her presence when it begins.

I often give guidance on voice and enunciation. Especially in China, I'm coaching people to speak up and with a greater sense of authority. This is particularly true with women, who often speak more softly. It's usually enough just to raise awareness. The goal is to raise the volume at appropriate times, but not come across as shouting or frantic.

For many, especially those who are working in very challenging environments--such as a company that is going through a major restructuring or crisis--I will help the coachee to take stock of the big picture and focus on remaining calm. This is critically important when things get heated and people are excited. If you feel yourself getting agitated, call a time out. Excuse yourself, and compose yourself. The leader must be the calm one.

My guidance can be very specific, depending on the nature of the coachee's problem. And I usually give homework after each session. This is critical as most of the methods I coach need to be practiced.

Bruce:Having more charisma--i.e. getting people to like you--clearly helps. But it isn't a necessity for being an executive leader or for having executive presence.

Rob: What results have you achieved with your coaching?

Bruce: There are numerous cases where I've helped someone with a technical background to be more strategic. Often times, this is about having the confidence to let other voices be heard. People who are technically very strong are often overly confident with the logic of their conclusions, to the point of not listening to alternative viewpoints. We practice being receptive to other ideas, allowing others to speak up and contribute without getting defensive or feeling that their authority is being questioned. Keeping one's executive presence in the face of opposition can actually be very liberating.

With others, I've used executive presence to help them to delegate more effectively. This starts by getting the leader to realize that they don't need to do everything themselves. In fact, it is the opposite: they should be doing everything through other people. This requires executive presence, and will help them to get out of the mode of "putting out fires." It's about focusing on the strategic initiatives, not the tactical tasks.

Rob: What has been the impact on your coachees' career trajectories? For their team's results or company's results?

Bruce: Well, one example quickly comes to mind where a coachee was feeling disrespected. He felt that there was a clash between him and one of his peers. I helped him to realize that he needed to rise above that and keep his "eyes on the prize." Over a series of sessions I helped him to change his mindset and behavior, showing that he is balanced and can accomplish things, even when his peers disagree. For him, a key element was resisting the urge to disengage. Disengagement wont get you what you want. As a result of the coaching he made the mental adjustment and was soon promoted.

In another case, I recall a smart, intelligent person of technical nature. Her career was stalled because she was not being receptive to dissenting voices, and would frequently respond aggressively. I helped her to learn to deliver her messages differently, less accusative. I focused on getting her to realize that listening is just as important as having the right answer. After several sessions the light went on in her head. Subsequently, people began to notice that she was behaving differently, with a different tone. Then people started to follow her, and her team began to get things done. This was a big turning point. Not long after, she got promoted, and was recognized for having saved the company a lot of money. After she told me "I should have been doing this all along, I wasted 10 years of my career!"

Bruce: Executive presence is critically important for anyone who aspires to lead an global organization, or even a smaller organization that is growing. It seems to be an issue that arises frequently with my China-based coachees. The good news is that executive presence can be coached, and with some practice and follow-up, can be learned.

Bruce is an Executive Coach with GloCoach. Schedule a session with Bruce here.

*The name of the company and the coachee have been changed to protect their privacy.

"Thank you for subscribing to the GloCoach blog.

We'll send you new content when it is published."